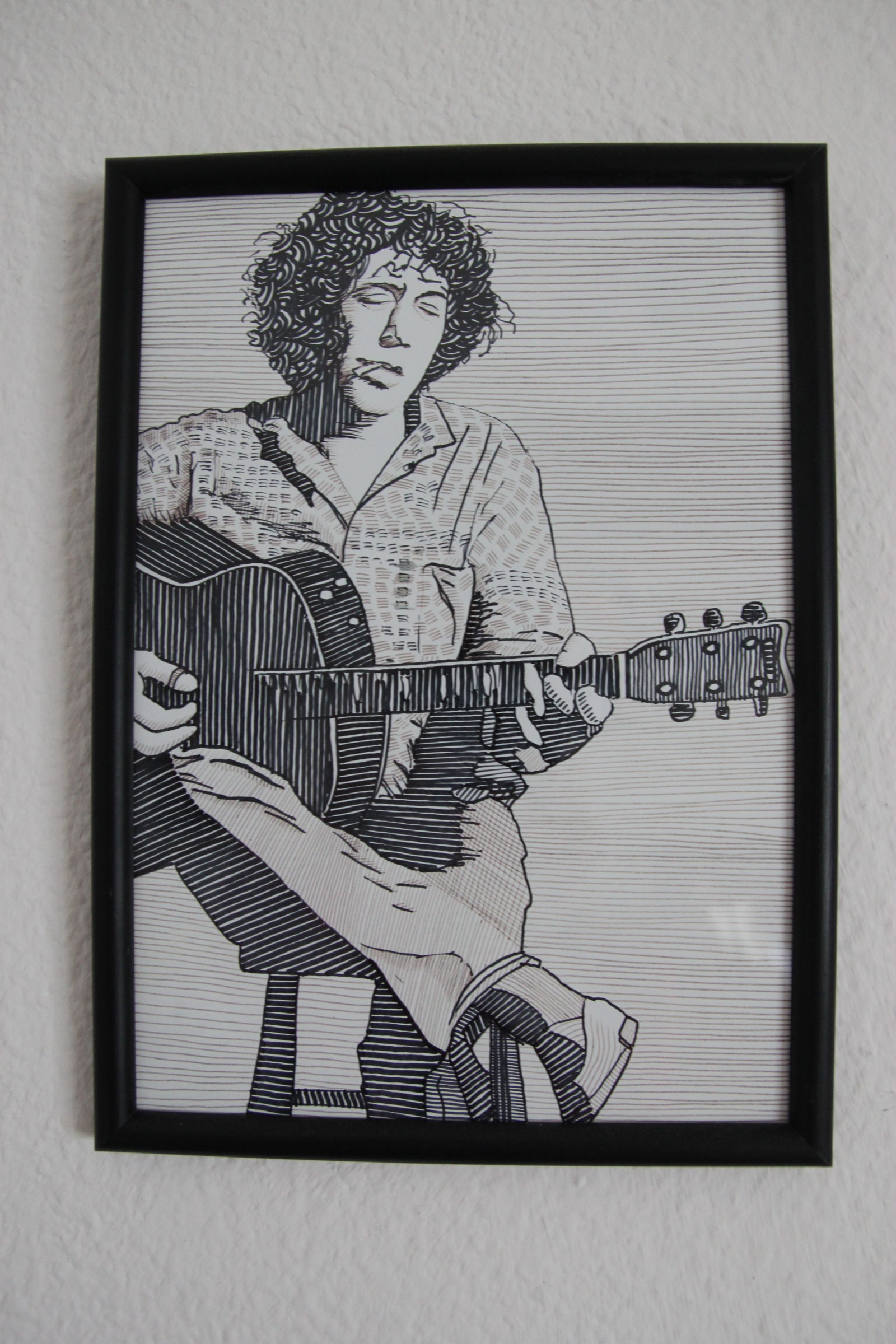 A guitarist’s guitarist, Bert Jansch is not necessarily a household name but in the world of acoustic fingerstyle players he is up there with the best. I first heard Bert’s unmistakable voice and bluesy guitar playing as a teenager, again on a copied mini-disc.

Jansch was one of the pioneer figures in the 60s and 70s folk ‘revival’ (I have long found that term contentious as it is was never really revived more reinvented, but I’ll save that for another post!). Alongside fellow legend John Renbourn, their seminal album ‘Bert and John’ was another before and after moment in my musical journey. I heard this record when I was about 17 years old; up to then the folky finerstyle way of playing was something I had only really heard my Dad and a couple of people at Rowheath pavilion perform. I was (and still am) intrigued by the idiosyncratic pop and twang Bert seems to get from his guitar, a sound that should be ‘wrong’ but fits the rawness of his style in just the right way.

I had the good fortune to see Bert play twice before he passed away, once at the MAC in Brum and up at the Edinburgh Festival. He had quite a reserved stage persona , and when an impatient audience member kept on requesting him to play his signature tune ‘Angie’ and called out ‘Come on, I’ve paid my money!’, you could just see the tired look of exasperation on his face. Since then I’ve always been extremely cautious to request songs at gigs and basically never do; I believe we should let artists be free and allow them to perform comfortably, letting hem enjoy their show more and thus enhancing our pleasure at the same time. From that moment on in his gig you could tell he was basically just going through the motions. Be careful what you wish for gig-heads!!!

If you’ve never listened to Bert’s tunes, apart from listening to ‘Bert and John’ I would recommend another masterpiece of his, ‘The Needle of Death’. People often recognise Bert for his guitar wizadry, but I think his work as a singer-songwriter is definitely underestimated. Few people can approach such a heavy topic with as much poetry and sincerity without sounding contrite.

The portrait Paul Nocher has done of Bert is another gem I think, and captures the bohemian vibe that Bert seemed to have, cigarette in mouth and casually playing a C major chord. I’m sure he could make it sound heaven sent 🙂

To order a copy of Bert Jansch’s portrait with artwork by Paul Nocher, visit the shop or simply click this link.