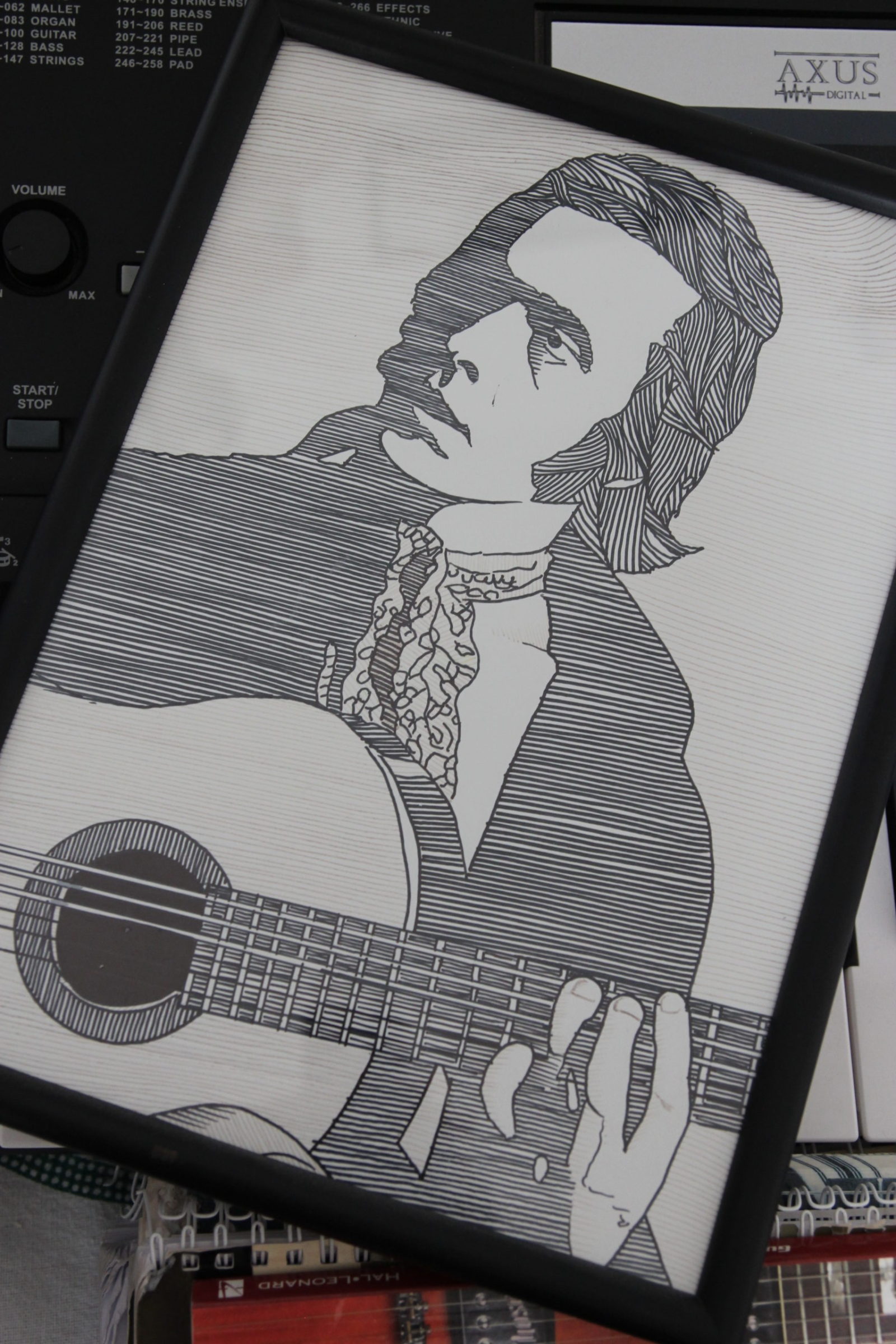 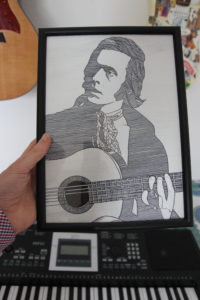 A few years ago I had the idea to liven up my home studio space with some portraits of some of my favourite musicians. I felt that in some way there presence on wy walls would provide inspiration to me and my students, and like some sort of musical saint, would remind me to strive forward with my creative endeavours.

The first person that came to my mind to commission the artwork to was none other than my Dad, Paul Nocher 🙂 After a few emails we had a simple framework for the project: small, easily transportable portraits of the following artists: Paco de Lucia, Bob Marley, Nina Simone, Bert Jansch, John Renbourn and Paul Murphy. To some or most of you these names will seem entirely familiar, but perhaps not to others, so I wanted to share a little insight into why these different artists have been so important to me personally.

Few people will ever forget the first time they hear a recording or watch a video of flamenco maestro Paco de Lucia play. I remember having a couple of copied CDs that somehow worked there way into my bedroom in my late teens, and I was completely blown away by the sound of his guitar. The first record Paco record I owned was Siroco 🙂

Most people will be familiar with his piece de resistance, Entre Dos Aguas, a light and breezy rumba which is nevertheless solid to play! For me Paco de Lucia stands out as well for the emotional depth in his music combined with insane virtuosity, the result of thousands of hours spent studying and exploring flamenco guitar. In the interviews of him online he comes across as an extremely humble and down to earth guy, which obviously makes him all the more likeable as a person. What is completely undeniable is that of all the flamenco guitarists in history, Paco de Lucia is the most influential and far-reaching in an international capacity.

When I unpacked the portrait Paul Nocher did for me I was really astounded to see how he captured the intensity of Paco’s expression through a skillful combination of straight and curved lines in pen. Ever since then his likeness has taken pride of place on my wall; though I can only imagine him scolding at my picado technique!!!

To order a limited edition print of Paul Nocher’s portrait of Paco de Lucia in either A4 or A3 format, just click here.